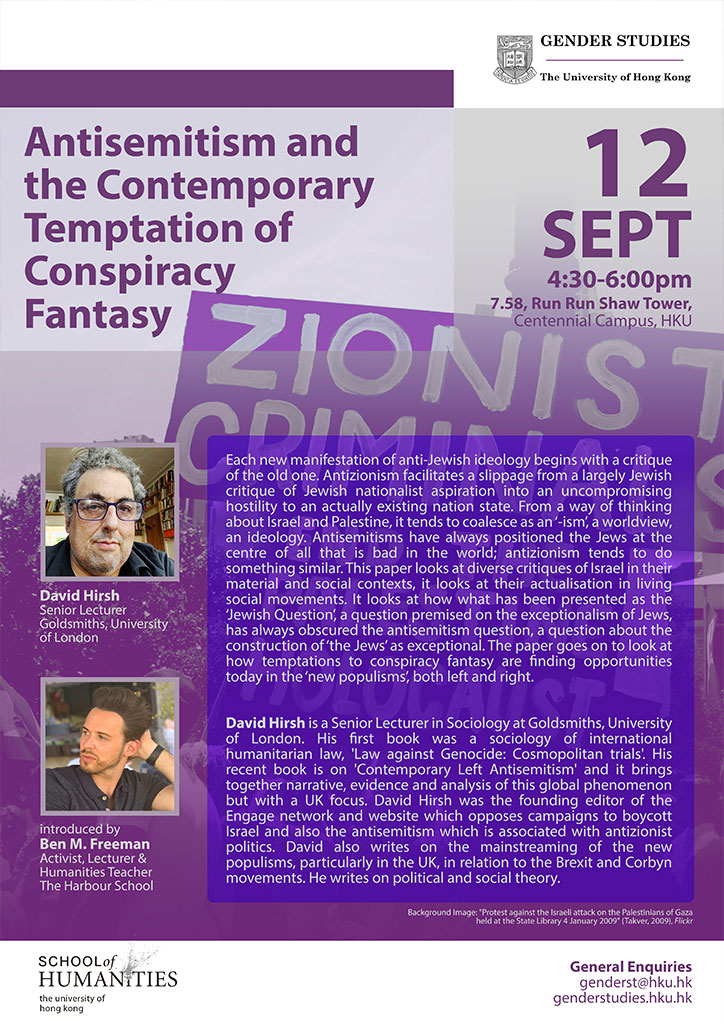 Antisemitism and the contemporary temptation of conspiracy fantasy

Antisemitism and the contemporary temptation of conspiracy fantasy

Each new manifestation of anti-Jewish ideology begins with a critique of the old one. Antizionism facilitates a slippage from a largely Jewish critique of Jewish nationalist aspiration into an uncompromising hostility to an actually existing nation state. From a way of thinking about Israel and Palestine, it tends to coalesce as an ‘-ism’, a worldview, an ideology. Antisemitisms have always positioned the Jews at the centre of all that is bad in the world; antizionism tends to do something similar. This paper looks at diverse critiques of Israel in their material and social contexts, it looks at their actualisation in living social movements. It looks at how what has been presented as the ‘Jewish Question’, a question premised on the exceptionalism of Jews, has always obscured the antisemitism question, a question about the construction of ‘the Jews’ as exceptional. The paper goes on to look at how temptations to conspiracy fantasy are finding opportunities today in the ‘new populisms’, both left and right.

Bio: David Hirsh is a Senior Lecturer in Sociology at Goldsmiths, University of London. His first book was a sociology of international humanitarian law, ‘Law against Genocide: Cosmopolitan trials’. His recent book is on ‘Contemporary Left Antisemitism’ and it brings together narrative, evidence and analysis of this global phenomenon but with a UK focus. David Hirsh was the founding editor of the Engage network and website which opposes campaigns to boycott Israel and also the antisemitism which is associated with antizionist politics. David also writes on the mainstreaming of the new populisms, particularly in the UK, in relation to the Brexit and Corbyn movements. He writes on political and social theory.